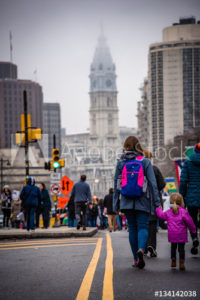 This is only the beginning of four years of doing everything we can to uphold the Constitution and our civil rights and more important, save our children’s future!

I have, for the past few years, made this blog about giving attorneys things to think about during each week and hints about actions they can take to make their practices better.  I have the overwhelming need now to change direction, at least for awhile, to keep my audience aware of what they can do each week to resist the destruction of our beautiful nation.

This week Paul Ryan’s office is conducting a phone poll and wants to hear overwhelming opposition to the Affordable Care Act.  So here’s what to do:   call (202)225-0600 and press 2.  You will then hear instructions to press 1 if you continue to support  ACA or press 2 if you don’t support continuation.  There are a lot of other people calling in, so be patient and keep trying.  This doesn’t mean that you might feel the ACA needs tweaking but the basics need to stay in place. Please press “1” and send a message. Thanks to my friend Elena Nini Cohen for this information.

Many people are telling you to contact your senator and congressperson.  Living in California and in Santa Cruz, my representatives are aware of what the majority of their constituents  are wanting them to do.  This is why I think it is important that each individual takes the responsibility of acting each week to keep the values of the Women’s March alive and well.

You might also want to follow THINK PROGRESS on the internet and facebook.  The publication has hired 2 investigators to give us blow by blow accounts of Trump’s actions which are destructive for all humanity.  They are looking to hire 2 more investigators and are about $40,000 short of being able to do that.

I hope you will continue with me in this journey of resistance! 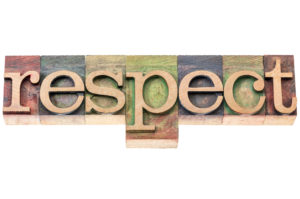 THIS WEEK I’M STILL NUMB SO I’M ASKING YOU TO CLICK INTO MY NEW FORBES ARTICLE FOR YOUR MONDAY HIGH!

This is a question that really bothers me!   Since we now know that 25 years after we were told that Women Lawyers were making only 75% of Male Lawyers and that the statistics are still pretty much the same, we have been inundated with ways to be more like men.  I hate that! It’s not because I don’t like the way men act and don’t feel that they can teach us a lot but I feel like that view discounts what women can bring to the table that men don’t.

I recently heard a speaker say that because women lawyers ask questions after being given an assignment, that they are less likely to be seen as confident.  Men, on the other hand, just accept the assignment without asking for any further clarification or help and are then seen as more confident.  Something is really wrong with that scenario.

So this means if the women doesn’t ask questions in order to complete the assignment quicker and better, she is seen as not confident about her work?  Or is it because men know that they can get the support they need later if they have questions about the work?  More importantly, do men know they won’t be judged if they ask for further help but may be judged if they ask for help right away?  If so, how did they learn this?

This sounds reasonable but I have no answer.  I’m guessing that men don’t really have an answer either because it is such an unconscious known fact to them.  Or maybe they have been taught not to ask for further instruction very early on.

Let’s look at male team sports.  The coach says:”Now we are going to do a forward push right through their middle and wipe them off the map”.  Even if a new player has no idea what a “forward push” means or how to execute it, they certainly wouldn’t hold up the game by asking for a complete description of what to do next.

On the other hand, if a tennis coach says to a female athlete: ” Hit the ball, don’t push it”, the student may ask the coach to demonstrate it or to explain more in depth what pushing is.  Can you imagine a male student doing this?  So the genders are taught how to be confident differently.  Males by not clarifying and females by clarifying.  Adopting  techniques which are not inherent in our natures can only lead to trouble and we need to find a way to value both styles.

YOUR JOB THIS COMING WEEK IS TO IDENTIFY WHAT STYLE YOU USE WHEN ACCEPTING AN ASSIGNMENT THAT YOU DON’T COMPLETELY UNDERSTAND.  WHAT FEELINGS COME UP WHEN I ASK YOU TO DO THIS?  ARE YOU GOING TO MAKE ANY CHANGE IN YOUR BEHAVIOR AFTER DOING THIS EXERCISE? IF SO, WHAT CHANGE?