THE BIG GUY ON THIS ONE IS STANFORD’S ALBERT BANDURA.

Taking studies from scientists  trying to find out what is the most effective way to promote change in people, Dr. Bandura hit upon a massive element that goes into defining success and failure:  SELF-EFFICACY!

After coaching for almost 10 years, I have come to believe that this is the key to allowing attorneys to commit to their goals plans and actually produce results.  Looking at a goal as a mastery and a challenge and not a threat is vitally important to success. Attorneys starting to be coached come with different degrees of self-efficacy.  If they have not succeeded in prior goal plans, then their belief in their abilities will be lower than those who have achieved results however they decided to go about change.

That’s the problem simply put, so what is the solution?

Bandura suggests that mastering a prior experience is a helpful beginning.  Unfortunately this experience must come before a giant failure which undermines that occurrence. This requires some tenacity which we have discussed in previous blogs.   Also, to build on the good events the failures must be in a similar category.

For instance:  An attorney decides to start a solo practice. He/she does a lot of pre-planning and sets up a practice based on knowing the important element of starting a practice. The 3 elements are INFRASTRUCTURE, COMPETENCY AND MARKETING.  Careful research and reasonable expectations have been met and for the first year, growth is small but constant as expected. Then whamO , the beginning of the second year finds a drop in the economy and the practice starts to slide downward.  If the attorney can feed off the skills that he/she learned from the first year’s success, there is a much higher likelihood of coming back strong. Simply going back over the 3 elements of a solo practice can even be the best answer.  As you can tell even from the little information you have, Marketing is probably the area that needs to undergo change.  To see this, however, will also boost the attorney’s ability to revise and reinvigorate  the resolve to face this as a challenge and not a threat.  After all, the attorney had very few or no clients when the practice was started. So this is the very same obstacle that was overcome earlier. Sometimes the attorney needs this pointed out to him/her. That’s one of the coach’s jobs!Time after time, however, I see experienced attorneys who want to change because they are no longer satisfied with their practices.  The excuses they use for not being able to change are enormous.

This is,of course, all “Malarkey” as my mother would say. I have had 2 major and 1 minor career change before I went to law school at 38 years old. Since practicing the past 33 years I have “morphed” 3 times, ending up with my favorite job as a legal coach.I will probably wind up with my head on my desk when the grim reaper comes but I had fun…most of the time.

My mother was an RN and my father only got to complete the 6th grade but they both had self-efficacy. Good examples of this concept are important as well as being told you can do it by someone you respect.

There’s more to this subject. Join me next week and we’ll go on this journey even further. 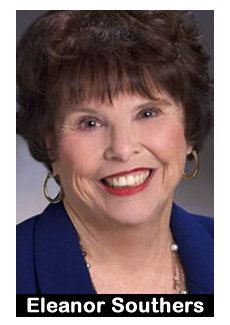